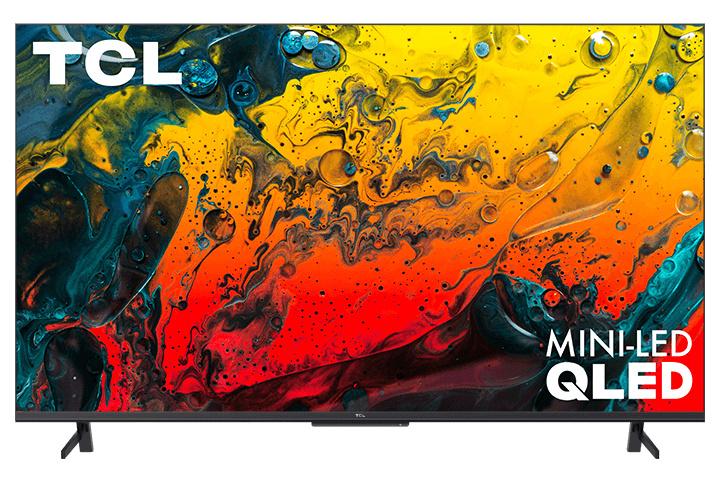 TCL has long been the flag bearer of Roku TVs. The company’s 6-series is one of the best-performing sets you can buy for under $1,000. It features a fantastic picture with the help of Mini LED backlighting — TCL beat Samsung and LG to implementing that technology — and quantum dot HDR color. The 5-series and 4-series Roku TVs are no slouches either in their respective pricing tiers.

But now TCL is taking a step that could dramatically shake up the US TV market: it’s expanding beyond Roku and will release updated versions of its most popular TVs that come with Google TV on board. The software that debuted on Google’s 2020 Chromecast (and also runs on recent TVs from Sony) will now be offered on the latest 5-series and 6-series TVs.

I recently spoke with some of TCL’s executives who made it abundantly clear that the company is not transitioning to Google TV instead of Roku or walking away from its longtime partner. Rather, TCL expects that the TV operating system landscape will take after smartphones and eventually consolidate down to two choices: Roku OS and Google TV. TCL wants to offer consumers the choice of either one, and the existing 6-series and 5-series Roku TVs will remain for sale. That stance seems just a bit dismissive of Samsung’s Tizen and LG’s webOS TV platforms.

The Google TV versions retain the same price points as the Roku models — but there are some tweaks and upgrades since they’re newer hardware. For one, the TCL 6-series with Google TV will be capable of 4K at 120Hz, an improvement over the Roku model, which can only reach 120Hz at 1440p. That’s a big deal for PS5 and Xbox Series gamers. The Google TV version comes with two HDMI 2.1 ports (one of which is eARC), with two additional HDMI 2.0 ports.

Both the 6-series and 5-series with Google TV will also support HDR10+. And in what some people might perceive as a controversial decision, TCL is outfitting its Google TVs with always-listening microphones that can be used for voice commands. There’s a physical switch on the back of the TVs to disable the microphones if you prefer to stick to the remote’s press-and-hold method to Google Assistant controls.

The lower-priced 5-series doesn’t include 4K at 120Hz, but it still gives you full-array local dimming and both variable refresh rate and auto low latency mode when gaming. It also now supports Dolby Atmos audio, which the Roku 5-Series does not. 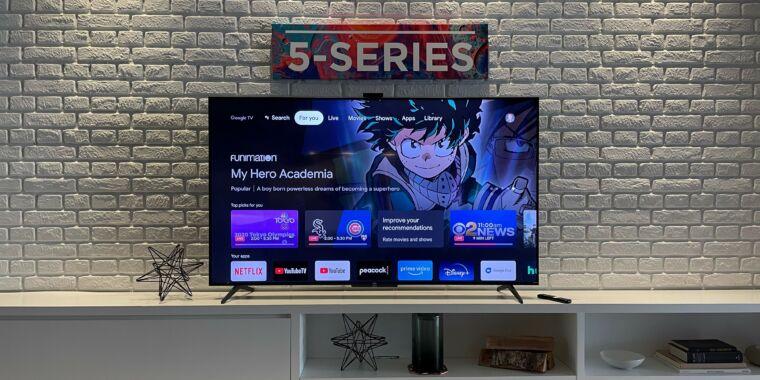 With the addition of Google TV, TCL’s latest offerings will also come with notable features like the For You tab where users will find new content based on their interests, across their streaming services; the Watchlist to fine tune recommendations by clicking on content and saving to watch later, even from a browser or phone; and the Live TV integrated channel guide where recommendations for streaming content are visible alongside live program listings. In addition, quickly finding TV shows and movies by title, genre, and even actors, is made possible by pressing the dedicated Google Assistant button on the remote and saying the command; or simply make Google TV the hub of any smart home by easily controlling your connected devices.

Preorders for TCL’s first Google TVs in the US begin today: I’ve included their Best Buy links below. The company tells me that the new 5-series will ship within the next couple weeks, and the 6-series should follow shortly after that. A 75-inch model of the 6-series is expected to come later.

Note: the prices shown above are TCL’s MSRP for the listed TV models and sizes. However, Best Buy seems to be charging extra — in some cases by as much as $200 — for the new TVs. The Verge has reached out to the retailer for more details.

It’s worth noting that TCL’s very best TVs, which include the 8-series and 8K-capable 6-series, will still exclusively run Roku OS in North America. But regardless, I’m curious to see how this will shake out over the coming months. As I said earlier, TCL has always been the premier Roku TV brand. The company’s vertical integration and in-house panel production has put it in a place where, for example, Amazon’s Fire TVs from Toshiba and other brands have been unable to compete in terms of picture quality. Now, Google TV is about to get a huge boost by serving as the backbone of that impressive hardware.

There are upgrades here (particularly on the 6-series) that might push people toward the newer Google TV TCLs instead of the previous Roku sets. But you’ll also have those people who have sworn off ever bringing a TV with microphones into their home — mute switch or not. I’m looking forward to taking a closer look at TCL’s Google TVs in the weeks ahead.