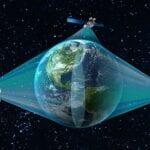 Telstra and Viasat have signed a 16.5-year deal that will see the Australian telco build and manage the ground infrastructure needed for when the Viasat-3 geosynchronous satellite constellation eventually comes online.

Under the deal, Telstra will collocate satellite access nodes at hundreds of its sites around Australia, as well as build and manage the links between those sites and multiple data centres that will house core networking equipment.

When it announced Viasat-3, the company expected the first satellite to be launched in late 2019 or early 2020, but fate and the coronavirus intervened to push back those plans.

"Later this year, we will begin the launch cycle of our Viasat-3 constellation, which is a trio of the highest capacity commercial geo-satellites ever built. Each one, delivering more than a terabit per second ... total network throughput, which is about a thousand times more efficient than when you compare it to our first-generation satellites," Viasat president of space and commercial networks Dave Ryan said on Wednesday.

"This terabit class of satellites is truly unique, and offers the best industry bandwidth economics especially when you compare it to other geos to medium, earth orbit, or lower satellite systems."

The first satellite is set to be launched will service the Americas, followed by two more launched at six-month intervals to service EMEA and Asia-Pacific. It is expected that the trio will support download speeds of "well over" 150Mbps.

Even though the Telstra network is limited to Australia, it will still support service outside the nation.

"The vast majority of the equipment to be able to operate the Asia Pacific region is what we're talking about deploying in Australia," Ryan told ZDNet. 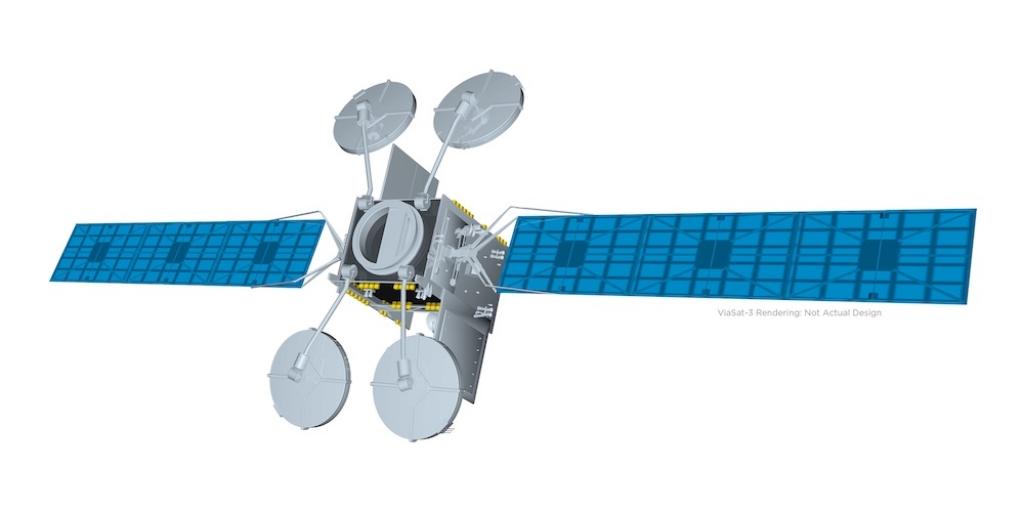 "There may, and probably will be, cases where some countries want their own hub, and so there may be relatively small amounts of equipment that might go into other countries as we expand out and meet those particular requirements.

"Some countries do want to have a regional control, for example, of what goes in and out of their countries. All countries do to some degree and sometimes that requires additional hubs put into their countries. But it's a relatively small amount of equipment compared to what we are talking about working with Telstra on."

Telstra added it was in discussions on how it may use Viasat services in the future.

At the same time, Telstra announced it would add 20,000kms of new fibre to its optical network that would support transmission rates of up to 650Gbps, and express connectivity between Sydney and Melbourne, Brisbane, and Perth of up to 55Tbps.

The telco said trials were already underway, with the proper build to commence before the end of this fiscal year, with the hit to capital expenditure to be around AU$350 million over the 2023 to 2025 fiscal years. All up, both projects are set to cost between AU$1.4 billion to AU$1.6 billion, and are expected to continue approximately AU$200 million to earnings by FY26 and be paid off in nine years.

"They are also consistent with our strategy to create value from InfraCo, including considering monetisation opportunities over time," Telstra CEO Andy Penn said.

"Our strong cash flows and T25 growth ambitions provide us the flexibility to make these strategic infrastructure investments, whilst maintaining flexibility to return excess cash to shareholders. Together, these investments are expected to deliver incremental long-term accretive growth."

In November, Viasat announced it would acquire UK-based Inmarsat in a $7.3 billion transaction that is set to close later this year.

The combined entity would have a fleet of 19 satellites in service withanother 10 under construction, a global Ka-band footprint and L-bandassets and licences for all-weather narrowband and IoT connectivity.Viasat added it would introduce its beamforming, end-user terminal, andpayload technologies to "unlock greater value" in Inmarsat's L-bandspace assets.