The NOVO Duffel will make your clothes smell better. But wait until you get a whiff of that price. 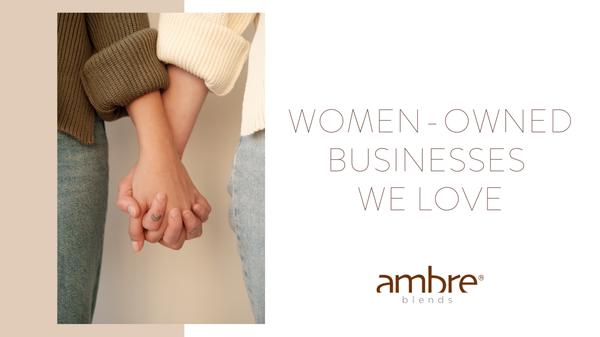 TheNOVO Duffel from San Diego-basedDRESSFRESH isn’t for everyone. But why would it be? This is a luxury gym bag with a suggested MSRP of $500, far beyond the price point of your go-to sport tote. The difference between a normal duffel and this particular bag lies in its patented multi-cycle clean that takes place in minutes inside the bag.

The clean is most accurately described as a “refresh,” a word accurately used by the producer on the bag’sKickstarter page. To the point, this isn’t a duffel that will magically clean your clothes like a portable washing machine. Nor will it substitute a traditional wash. This is merely a portable and calculated way to spritz up some smelly clothes in minutes, which I can only imagine as being necessary in very specific circumstances. But if the idea of making clothes with a foul odor smell better in a short amount of time sounds appealing, this may be the bag for you.

The duffel, admittedly a creative idea, does everything it’s designed to do and nothing more. If your workout clothes are wet, they’re going to be wet after you take them out of the bag. There’s no drying technology here. It’s without a traditional washing cycle either. Your clothes will, at least temporarily, smell better because they’ll be exposed to a fragrance bath in an enclosed bag. It works similar to someone staying in a small room with a radiant candle for long enough. You’re going to smell better afterwards, sure, but it doesn’t substitute taking a shower.

But the strongest selling point of the bag, set to ship in September, isn’t in its ability to clean clothes. Rather, its best attributes are in its portability, durability, and convenience factors. And to those ends, the bag holds up. It’s just hard to justify the purchase unless you see yourself using the bag almost daily.

Both registering the bag and starting a cycle is a seamless process that’s exclusively done on a smartphone. You scan the provided QR code on the instruction booklet to download the DRESSFRESH app and once you’re there you create an account and register the bag using a code found on the box’s exterior. From what I can tell this code is only on the outside of the box in the corner, so don’t rip open the box likeDennis Rodman opens a shoebox and make sure to write down the code if you’re gifting the bag to someone else and are presenting it to them outside of the box.

My bag was partially charged when I took it out of the box but you may need to charge it with the provided cable. Thankfully, they didn’t cut corners with the charger: You’ll find a USB-C to USB-C cable with an appropriate brick in one of the bag’s pockets. You can conveniently charge the power module through a slip in one of the side pockets. Though the company recommends you not open any of the pockets during a cleaning cycle, you can open a sliver in the pocket to charge the bag mid-cycle. Unfortunately, the battery level will stay about the same throughout the duration of the cycle even if you have it plugged in the entire time.

Opposite the pocket that leads to the charging port is another with a similar sliver that lets you access the fragrance cartridge. Your best bet to charge and switch out the cartridges are through the pockets because removing and putting the power module back into the bag is a hassle.

Accessing the charging port and fragrance cartridge through the pocket slivers are much easier than trying to take the whole power module out of there.Credit: Riley Eubanks/Mashable

My bag didn’t come installed with a cartridge but the app falsely showed the battery level of a non-existent cartridge when I first launched it, so make sure you put a fragrance square in there otherwise it won’t do anything. There are four fragrances listed on the bag’s Kickstarter page but mine only shipped with its signature scent: rainwater. The post-cycle scent of rainwater is fine. It’s certainly not a salon-level fragrance but it effectively masks the smell of sweat. 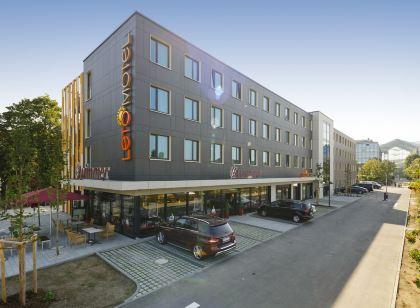 The app gives you four cleaning cycles to choose from:

You can conveniently follow along the duration of the cycle through the app, which has a continuous timer even if you close the app. A 15-minute “refreshing” cycle will follow each cycle, but this part is optional and you can conveniently end the cycle as needed from the app or by just opening the bag and taking the clothes out of it. There’s also a color coded system to let you know how far along the clothes are in the cycle and you can see the color from a lit button on top of the bag. The DRESSFRESH app could be improved by setting up push notifications that let you know when the cycle is done. There were no push notifications options on the iOS app but that could be coming in a later update.

It’s as easy to follow along with the status of a cycle in the DRESSFRESH app as it is following along the cycle of a wash at the laundromat.Credit: iOS screenshot

Conveniently, my bag arrived at my doorstep while I was away for a workout so I was able to put the bag to the test as soon as I got it. The first clothes I tested weren’t my typical workout clothes as I slept at someone else’s house the night prior and drove straight from their house to the gym and then back to my own home, so the clothes I exercised in were a mix of what I was wearing the night prior and whatever I could find in my trunk.

As a result, my first load was on the normal cycle and consisted of the following:

The bag certainly made the clothes smell better. The underwear and shirt were still wet from all the sweat it absorbed from my body, but it felt fresher, similar to if you took clothes out of the dryer and it wasn’t all the way dry yet but you put them on anyway because you gotta get that fit off.

In a normal wash, these red socks would bleed all over that white shirt. But that doesn’t happen in the NOVO Duffel, because it isn’t actually washing any of these clothes. It’s just making them smell better.Credit: Riley Eubanks/Mashable

To put the bag’s freshness abilities to the test, I put the clothes back on and took my dogs on a mile-long walk. I didn’t sweat at all during the walk as it’s still fairly cool out. But it still felt like I was wearing clothes I had just exercised in, albeit I didn’t smell like it.

The normal cycle took about 3 percent off both the battery life of the bag and the charge of the cartridge, according to the app, so theoretically you can use an individual fragrance for at least a few dozen cycles.

For whatever reason the heavy cycle used a significant portion of the battery life. I put a large quantity of clothes in there, similar to a small load in the washer, made up entirely of socks and shirts, and it certainly made all those garments smell better.

I was most satisfied with putting a couple of hats in there, including one I occasionally exercise with. It made the hats smell better, which is nice because there aren’t a lot of good ways to wash a hat.

I also put a pair of shoes in there and it did a fine job of making them smell better. I’ve never really had a pair of shoes that I noticed smelled bad, but admittedly I don’t typically go around smelling shoes.

The bag connects via Bluetooth, though the app even warns the connection range is relatively small. You generally have to be in the same room as the bag in order to use it; however, it won’t stop mid-cycle if you disconnect from the bag.Credit: iOS screenshot

Like I said previously, I can’t think of many reasons why the NOVO duffel bag would be a necessity. The following are a few reasons I can think of where this bag would be mildly convenient:

The bag itself is of high quality and comes with various straps so you can wear it to your preference. It certainly performs all of its functions well and in an efficient manner. The only question lies in whether the bag is a necessity. And I would say for the vast majority of people, it isn’t.