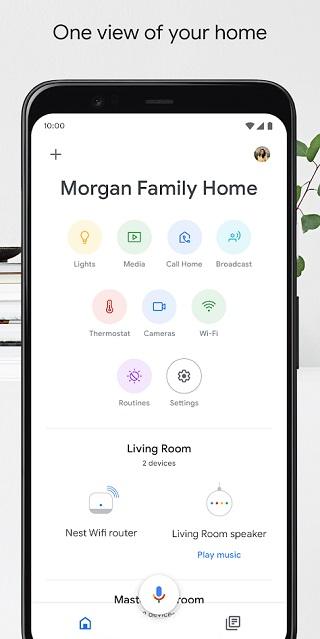 New updates are being added at the bottom of this story…….

Google Home is one of the most popular apps when it comes to Android users. And the reason behind it is pretty simple. The app supports thousands of third-party devices apart from Google’s own product lineup that can be controlled via the app.

Not only that, but the app is also very well integrated with newer versions of Android, with Android 11 and Android 12 letting users control their smart devices from the power menu itself.

Since the developers always add new devices and features, the app is quite often updated. But that sometimes causes issues with some third-party services. That being said, some recent reports suggest that they are unable to link the Xiaomi Mi Home app to Google Home.

The bug prevents users from controlling their devices via Google Home and Google Assistant. Users say they are getting a ‘Could not reach mi home, please try again’ message whenever they try to do so.

People said they tried clearing cache and relinking but these solutions do not seem to work right now. Many are frustrated since they are no longer able to use Google Home to control their devices and have to fall back to the Mi Home app in the meantime.

Hi guys, A week back i bought some new Xiaomi LED bulbs and a Xiaomi Ceiling lamp. I managed to get them all set up in Mi Home, and linked with Google Home. Everything worked fine until a few hours ago, when the apps suddenly became unlinked. I tried to link them again, but i keep getting an error “could not reach Mi Home, please try again.” Can anyone point me in the right direction? Is it something to do with the Mi Home servers? Quite frustrating as it was working perfectly fine just a few hours ago :/ I’m on the Singapore server, if it helps..Thanks!(Source)

@Xiaomi Hey! I’m having trouble linking My home to @googlenest. The bulbs are not connected by the Google application. I tried to reconnect and it is impossible. It must be a massive failure. Help!(Source)

As it turns out, Google is indeed aware of the Xiaomi Mi Home app being unable to link with Google Home issue and said they are working on a fix. However, they did not share any ETA on when the fix will be coming.

We hear you, Tiko. Our team is already aware of this and actively working on a fix. If possible, send us a feedback report via Google Home app using the keywords “GHT3 Xiaomi not working”. Here’s how: https://bit.ly/3vODvBH(Source)

Google Nest support also suggested users reinstall the app to resolve the issue but the workaround seems to be not working for many.

In the meantime, users can install the Samsung Smart things app or Yeelight to control their Xiaomi devices. However, the workaround seems to be only limited to smart lights with users still unable to control other smart devices.

Hey guys! I found a temporally fix. You must use the samsung smart things app and sync it with your yeelight/xiaomi account. If your smart device dose not appear in the yeelight app, you have to install an older version that can connect to mijia bulbs. I found a russian version that works just fine for my MJDPL01YL. https://eda-studio.ru/apk/transl/com.yeelight.cherry.apk Sync your smart things app with the yeelight account and all your bulbs will appear in the samsung app.

Connect your samsung smart things app with your google home app and your bulbs should appear. This is a temporally fix that i found after 2 days of no sleep. I don’t think it is the best but it works. Google’s local home sdk dose not work with this. I think there is a google problem because the samsung app worked just fine. I think it also works with bixby. Google please fix it.(Source)

While we keep an active track of the developments on this one, do let us know in the comments section below if the workaround fixed the issue for you.

04:48 pm (IST): Fresh reports from users indicate that the issue with Google Home and Xiaomi Mi Home app has been resolved.

Problem seems to be fixed now, it works fine in India. Tried just now and I’m able to relink mi home account and all devices back in google home app. Thanks everyone for pitching in your voice and to Xiaomi and Google teams for solving the problem!! (Source)

Now my Xiaomi vaccum can’t work with Google home. I tried linked Mi Home many times but nothing is working. I only can start my Xiaomi Vacuum using Mi Home app. Hope Google can solve our problem as sooner as possible (Source)

Note: We have more such stories in our dedicated Google Section so be sure to follow them as well.

PiunikaWeb started as purely an investigative tech journalism website with main focus on ‘breaking’ or ‘exclusive’ news. In no time, our stories got picked up by the likes of Forbes, Foxnews, Gizmodo, TechCrunch, Engadget, The Verge, Macrumors, and many others. Want to know more about us? Head here.