What’s the difference between Google TV and Android TV? 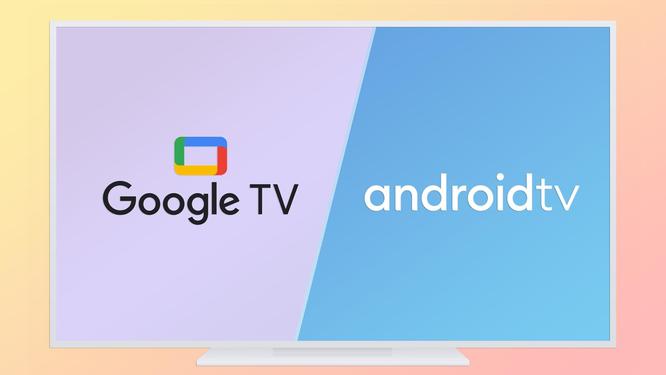 Google created a big buzz and a boat load of confusion when it launched Google TV, its second smart TV platform back in September 2020. With broadly similar features and looks, you’d be forgiven for mistaking it with Google’s long-standing smart TV operating system Android TV powering some of the best streaming devices out there, but there are a number of key differences.

As Google continues its rollout of its newer interface on the latest TVs and set-top boxes, we take a look at the variances between Google TV and Android TV, as well as what the future holds for both platforms.

First released all the way back in June 2014, Android TV was something of a game changer for home entertainment tech.

Android TV is a derivative of Google’s Android mobile operating system, offering access to the Google Play Store for apps and games on your TV while also giving you handy features like Google Cast support and voice control via Google Assistant. It was quickly adopted as smart TV middleware by the likes of Sharp and Sony, with its release also being the catalyst for a deluge of smart TV boxes hitting the market preloaded with the operating system.

Key to the Android TV experience is its home screen interface which aims to encourage content discovery by suggesting shows and movies from your apps and subscription services like Amazon Prime Video, Netflix, and YouTube — a feature that’s expanded upon further with Google TV.

Google TV first hit TV screens in 2020 when it was launched alongside a new version of Google's streaming dongle, the aptly named Chromecast with Google TV. It’s the de facto smart TV interface for new Google-powered TV’s and set-top boxes that are now being released by major manufacturers.

Rather than being a brand-new operating system, Google TV is in fact a software layer running on top of Android TV.

Similar to how launchers give a makeover and new functionality to Android phones, Google TV brings a new user interface with a different look and feel, with Android TV still providing the backbone for the experience.

As well as sporting a slightly refined design, the newer interface offers a much greater focus on personalized content by making use of AI, while also offering a dedicated tab for live broadcasts. 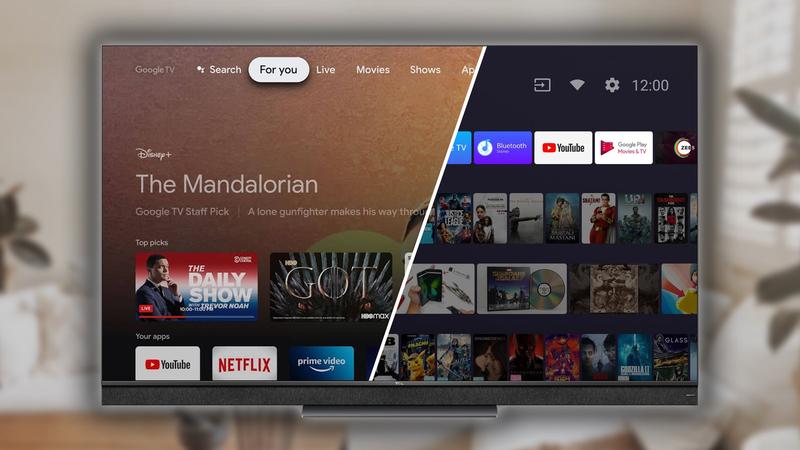 Where the two platforms really diverge is with how content discovery is presented on the home page.

While Android TV’s recommendations are based on apps rather than personal taste, Google TV makes use of Google’s machine learning, Google Assistant, and Google’s Knowledge Graph information base to learn your viewing habits. This data is then used to make tailored suggestions on the home screen’s dedicated For You tab, show relevant promotions, and highlight popular content in your region.

Google TV also has a live TV tab, which displays previews of active broadcasts from the likes of Sling TV and YouTube TV. If something piques your interest, simply tap the thumbnail to go straight into the broadcast; there's no need to open multiple apps when you want to find something to watch.

Another differentiator comes with profiles and parental controls. Unlike Android TV, Google TV supports multiple kids' profiles under a single adult's Google account, with personal recommendations for each profile. While content restrictions on Android TV are handled via its system-wide parental settings, Google TV lets you create child profiles with their own set of boundaries for content which can be managed via the Google Family Link service.

Pretty much all new Google-powered devices hitting the market such as Sony Bravia and TCL TVs will be preloaded with Google TV from the outset, but it doesn’t look like older Android TV devices will be getting an upgrade to the new platform.

It’s not all bad news for owners of existing Android TV kits though, as they won’t be getting left behind completely. Recent updates for some Android TV devices such as the NVIDIA Shield, Xiaomi Mi set-top boxes, and Sony TVs have received a revamped user interface that looks very close to Google TV, with large circular app icons on the left side and some of Google TV’s new features being ported over.

Among those additions are the Discover tab, which features content recommendations grouped by genre and the Watchlist feature. Located under the Library section tab, Watchlist appears to be based on Netflix’s My List and lets you add movies and TV shows you want to check out at a later date.

Dirty Pipe: What is it, is my phone affected, what's being done to fix it, and do I need to be worried about it?

Everything you need to know about the vulnerability

Kevin Lynch is a London-born, Dublin-based writer and journalist. The author of Steve Jobs: A Biographic Portrait, Kevin is a regular feature writer for a number of tech sites and the former Technology Editor for the Daily Mirror. He has also served as editor of GuinnessWorldRecords.com and has been a member of the judging panel for the BAFTA British Academy Video Game Awards. Born within the sound of Bow Bells, Kevin is also a long-suffering West Ham fan.